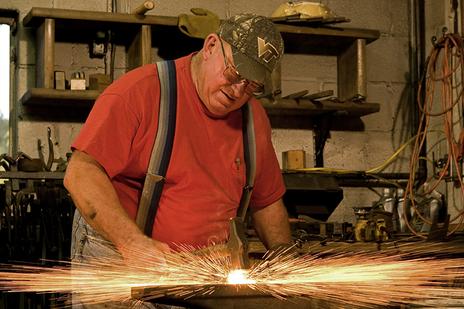 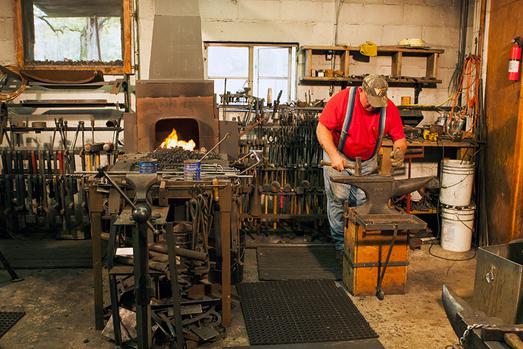 Joe Sitton’s work can be found in:

Thirty-Eight States in the United States

Market Street Coffee’s shop in Leesburg, where he made all of the tables, iron chandeliers, and wall-mounted scrollwork.

Rouge Boutique & Spa in Leesburg, where he made two swinging gates, with hand-formed R’s

ZigZag Gallery in The Plains, where he created a sculpture for the front of the bulilding

In Bedford County, Virginia, in his teenage years, Joe Sitton learned to ride and rope from a horse trainer.  It was during this time that he was first introduced to shoeing and blacksmithing.  After high school, Sitton trained horses and worked as a blacksmith apprentice.  In his free time, he worked at the rodeo taming wild horses and trying his hand at bull riding.  Over the next several years, he enjoyed riding bucking horses and competed in team roping events.

In 1983, he relocated to Fauquier County, Virginia, where he worked mainly as a farrier and continued to experiment with blacksmithing on the side. In 1995, Sitton opened his blacksmith shop, Ironheart Forge, in The Plains, Virginia.

Joe Sitton has recently retired from farriering and now focuses his time on creating custom works of art for clients all over the world. 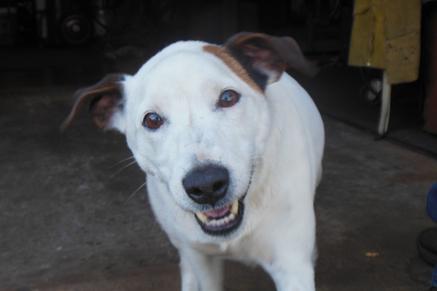 In a modern world with quick technology and mass-produced items, Joe Sitton is proud of the fact he has upheld the practice of traditional blacksmithery and creates handmade items meant to stand the test of time.

​“If you want something handmade, I’m your guy."

Although his workshop contains all the modern metal working equipment you would expect to see, Sitton primarily uses a coal forge to work the steel he is shaping.

Sitton is a skilled forge welder that truly prefers the time-honored tradition of blacksmithing with a coal forge and anvil.

He often exclaims “You can’t rush something that is handmade.”